For the young, developing brains, learning to play a musical instrument can be immensely beneficial. Over the years, many studies have been conducted on the relationship between music and the human brain. The results of these studies clearly show that when kids learn music, their brains develop some great capabilities.

The brains of such children start hearing and processing sounds that they’d otherwise not hear. It helps them in making a neuro-physical distinction between several sounds. This can help them in learning and can lead to improved academic results.

Practice is what really matters

Upon reading about such things, many parents would immediately start searching for music classes in the neighborhood. It is important for them to understand that music must not be forced. If the kids are not interested in learning music, enrolling them for such classes wouldn’t help them at all. They’ll just be staring at a wall instead of learning music.

A study conducted at Northwestern University clearly explains this fact. It revealed that children just can’t simply attend these classes and let music cast a spell on them. They’ll have to actively participate in the class, learn the lessons, and practice.

The study also showed that there was an improved neural processing in students who actively practiced their music lessons. Such degree of improvement in neural processing was not found in kids who attended music appreciation groups. It was not just listening but making music that made all the difference.

The active creation and manipulation of sounds is what makes music rewire the brain in kids. This study pointed out that it was important for children to actively participate and meaningfully engage with sounds. After all, this was the key to stimulating changes in the brain.

The Harmony Project as an example

The Harmony Project is a community program for children from low-income households. It provides them with free music instructions and instruments. On the website of The Harmony Project, one can find some interesting data. It is mentioned on the site that 93 percent of its seniors have gone on to college since 2008. This was despite a dropout rate of over 50 percent in their neighborhoods.

This clearly indicates that music can have some positive effects on the brains of children. The level of engagement in music training also matters. Children who regularly attend music classes and actively participate in them are always at an advantage. Their brains greatly improve on processing speech and reading.

It is a myth that just listening to certain types of music leads to improved intelligence. Such biological changes are not seen in kids who just listen to music and don’t play any instrument. For instance, no individual can become physically fit just by watching people exercise. Engagement with sounds is important for reaping the benefits and witnessing positive changes in the central nervous system.

Parents are largely responsible for keeping the children interested in playing their chosen instruments. They must find out what kind of music their children love and the instrument they like. In addition to this, they must also find good music teachers for their kids. 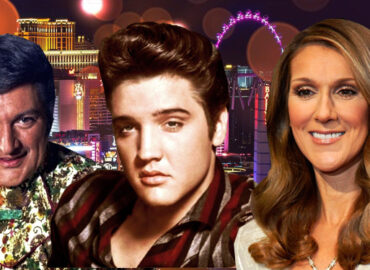 3 Famous Musicians Who Have Performed in Las Vegas Casinos 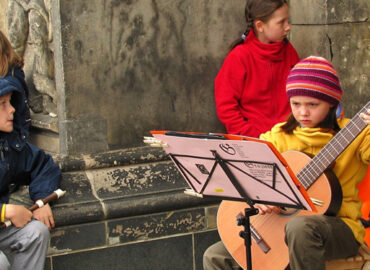 How You Can Help Your Child Form a Music Band 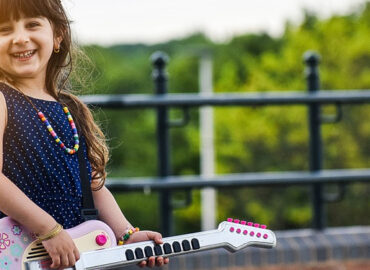 Benefits of Learning a Musical Instrument for Kids